If you’ve ever visited Rome, the saying “Rome wasn’t built in a day” is clearly evident. Italy’s bustling capital is filled with centuries-old churches, cobblestone streets that transport you to ancient times and more landmarks and Roman ruins than one can fit in one short visit.

So when I had just a mere 24 hours in Rome (as I waited to catch a flight out of Fiumicino to France) I had to choose carefully.

11 a.m.: Topping the list of must see attractions was none other than the Colosseum. This ancient site of brutal battles between man and animal is an impressive sight from the outside. Like most of the Roman ruins throughout the city the exterior facade is being reconstructed, but much of its original parts remain intact.

Scratch this one off the bucket list! I finally got to see Il Colosseo.

A bevy of tour guides, wearing Spanish, British and other country flags to indicate their spoken language, can be seen outside the Colosseum enticing tourists to join their guided tour.

Entry tickets can be purchased in advance or at the site, but I opted for the 25 Euro guided tour in English, which also included entry to the nearby Roman Forum.

The hour and a half tour included a rich history of the amphitheater and forum, a look at many statues within the Colosseum’s museum and the opportunity to take lots of pictures. 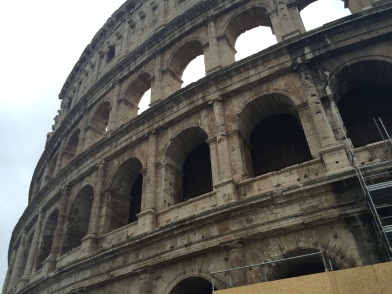 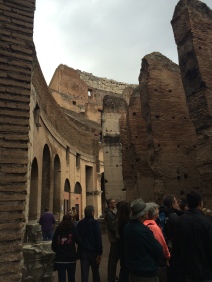 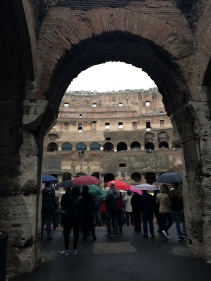 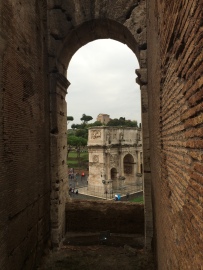 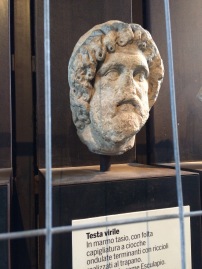 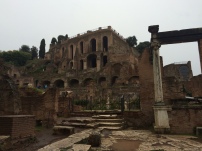 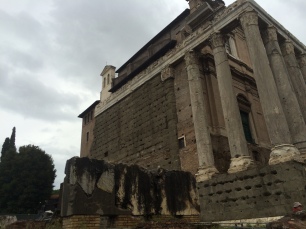 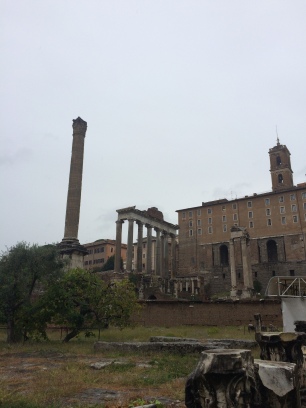 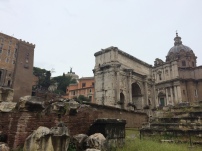 3:30 p.m.: Next on my list was the Sistine Chapel at the Vatican Museum.

Our tour guide informed me the museum closed at 5 p.m. One glance at the map, I knew it would be very difficult to get across the rainy city solely on foot. So I walked a few kilometers in search of a taxi stand.

Word of note: Only take the white taxis. Anything else is most likely a scam. There’s signs and notes throughout the city to warn tourists, so there’s no excuse not to be aware.

Rome is such a metropolitan city an English speaker can get by pretty easily. But since I’m an Italian student now, I insisted on speaking Italian any chance I had. My Roman taxi driver and I spoke about the weather, Italian festivals and traditions and the cities in Italy I have visited. 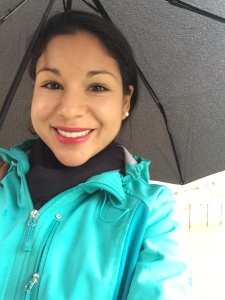 I’m in Rome! A rainy day wasn’t going to get me down.

The nice man dropped me outside of the museum and I headed over to grab a quick panino at a food truck before forming the long line to get inside.

Like at the Colosseum, tickets and tours can be pre-purchased. You’ll find many salesman offering you the chance to skip the long lines and join a guided tour for about 100 Euros.

After speaking to a museum security officer who assured me at 4:00 p.m. everyone in line would get in, I decided to take my chances and wait.

Sure enough, the line moved quickly and 16 Euros later I was in. I opted for a 7 Euro audio tour, but the device failed to work after the third stop inside the museum.

With a sea of tourists and guided tours shuffling me from crowded room to crowded room, I decided to venture forward and make my way to la cappella sistina. Along the way were breathtaking paintings, ornate statues and more art and history than my mind could absorb in one sitting.

I would love to one day return and spend endless hours staring at these works of art, much like these lucky tourists got to do. 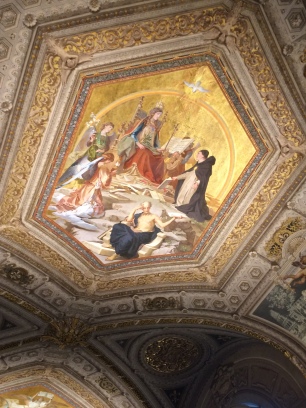 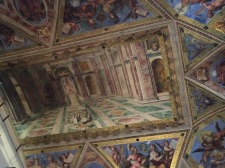 The grand finale does not disappoint.

OK to be fair, it’s kind of against the rules to snap photos in this room. It’s a church after all where many come to pray, so you’re required to respect this holy space.

So after snapping this one quick photo, I sat down on the benches that line both ends of the room and simply stared at this ceiling for minutes. My eyes lingered from one beautifully painted image to the next following the Biblical stories Michelangelo had intricately drawn.

After scooping up a few keepsakes and souvenirs on my way out of the Vatican, I headed back to my hostel to prepare for dinner.

6:00 p.m.: One glance at the hectic bumper to bumper traffic, I knew the Metro (or subway) was the only way I could get back to my hostel quickly. In my opinion, it’s the best way to get around the city and from one attraction to the next. I suggest getting a 24-hour subway pass to make the most of your time in the Eternal City.

9:00 p.m.: With no guidebook in hand, just a flimsy tour map beaten up by my rainy tour of Rome, I decided to stop by the Trevi Fountain and find a nearby restaurant where I could eat delicious plate of Cacio e Pepe, a Roman specialty.

After a few more hours of exploring, I headed back to my hostel around midnight. 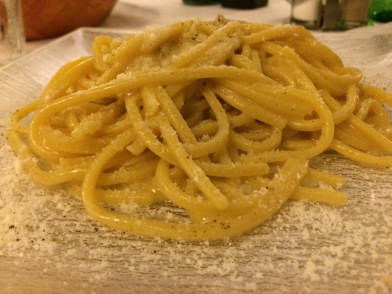 7:00 a.m.:The next morning I was up bright and early so I could catch a few more sights before leaving the city. I took the metro with the morning commuters and headed over to La Bocca della Verita. This ancient stone and the legend behind it was featured in the classic movie Roman Holiday. 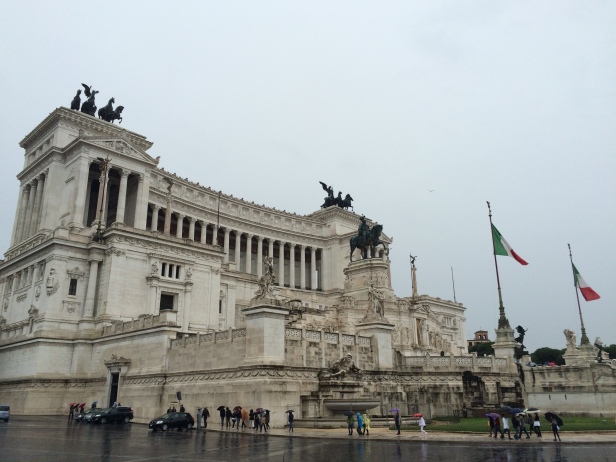 When I returned from France, I had yet another few hours in Rome before taking the train back to Ancona in the morning.

8:00 p.m.: After settling into my hostel for the night, I once again took the metro and headed over to Piazza Spagna to take in the Spanish steps and grab a bite to eat.

This has to be one of my favorite parts of the city. The wide open piazza lined with fabulous shops welcomes locals and tourists alike to stroll and to take a seat at its famed steps.

I was pleasantly surprised to find many who work in the vicinity speak Spanish (my Latin roots were grateful for a piece of familiarity) thanks to the Spanish embassy nearby.

It truly was a great way to spend my short tour of Rome.

The legend of the Trevi Fountain states that if you throw in a coin with your right hand over your left shoulder “you will return to Rome in the future.”

I know I will certainly visit again, hopefully next time with the boyfriend. Rome is a magical city that was exhilarating to travel alone, but made more special by sharing with ones you love.

On my list of things to see for the future:

Rain and plexiglass does not make for a good Trevi selfie.

Any other suggestions for my second tour of Rome.

Got some time in Rome? Follow my journey or get some inspiration using these tips.

Life through my eyes

Check out what I’ve written lately