Since my time here in Italy will eventually draw to a close (we’re thinking October or December to return to the states), I’ve been a busy bee trying to plan as many trips within Italy as time, and of course, money will allow.

So with it not being summer quite yet, I reasoned Central Italy, specifically Perugia in Italy’s Umbria region would be a nice place to visit. So, I did my research, booked my train tickets and reserved an AirBnB and was off to Perugia.

Now, Perugia might sound familiar to you. I know I first caught wind of it while I was in college. There were headlines about a certain American college girl and her Italian boyfriend caught up in the murder mystery of a young British student that took place in this small hillside city.

After many years, the case was finally resolved, but the reputation that Perugia could possibly be a dangerous city for a young women to travel alone in never left my mind. So, although I had initially planned to travel by myself, I was pleased my boyfriend agreed to join me. And with that, we were off.

Traveling to this hilly and mountainous region is best done by car. There’s so many things and small towns to explore. So if you want the most flexibility, having your own wheels is the way to go. We opted to travel by train, which is cheaper. If traveling from eastern Italy, the train will have at least one stop. You’ll have better odds catching a direct train from the west coast from places like Florence or Rome.

After about three hours and one transfer, we arrived in Perugia on a surprisingly warm weekend. Boy, was it welcome. This Miami girl has been missing the sunshine and my part of Italy hasn’t seemed to have gotten the memo that it’s spring.

With my trusty Google maps app open, we were directed to the very futuristic looking MiniMetro, which connects the train station to different spots around the city. Snaps for efficient public transportation. A short ride and we were just a few steps from our AirBnB.

The view outside the MiniMetro station in the direction of our weekend apartment.

The apartment had an extremely convenient location. It was just steps away from the center which is rich with activity, restaurants, bars and nightlife. Perugia’s center is perched high on top of the city, so escalators and elevators, that connect to the MiniMetro station, can take you right to the top where there is a beautiful panoramic of the region that can be appreciated day or night. 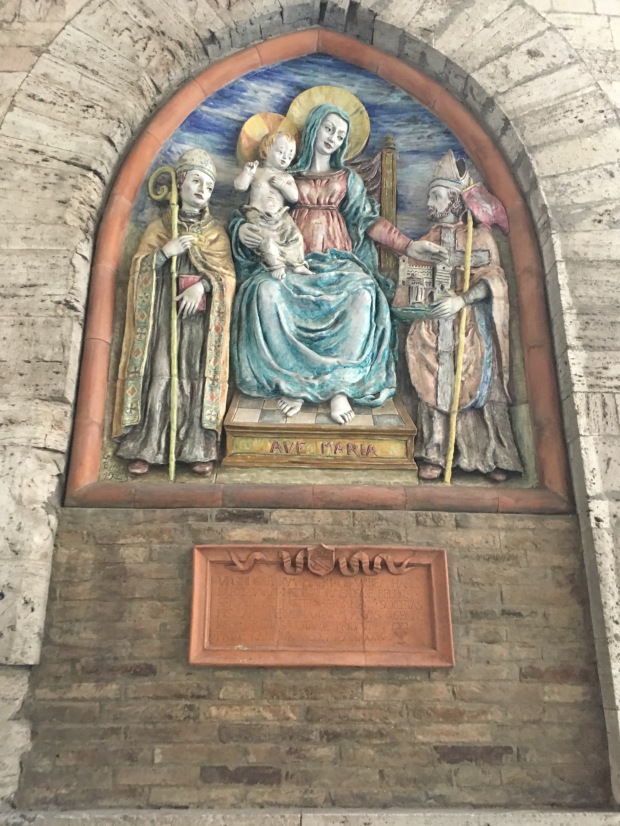 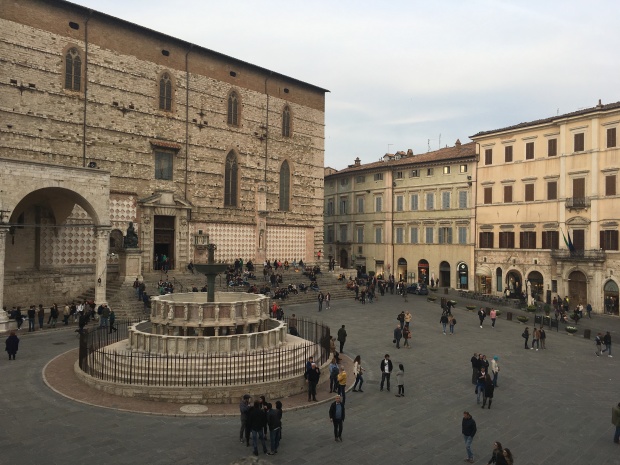 We dropped off our bags and our first step was Aperitivo (Happy Hour!). We explored the city a bit and settled on a quiet restaurant tucked into an alleyway. Despite being a college town, the city really died down around 10 p.m. once most restaurants closed. That was okay, because we had a very adventurous day ahead of us.

While I’m satisfied with sightseeing and museums, the boyfriend craves more adventurous activities, so thanks to a recommendation by a Facebook friend I found an ATV excursion tour I thought he might enjoy. I was in constant communication with Luca from Umbria in Quad who met us about 45 minutes out of the city and drove us to his property on Lake Trasimeno. 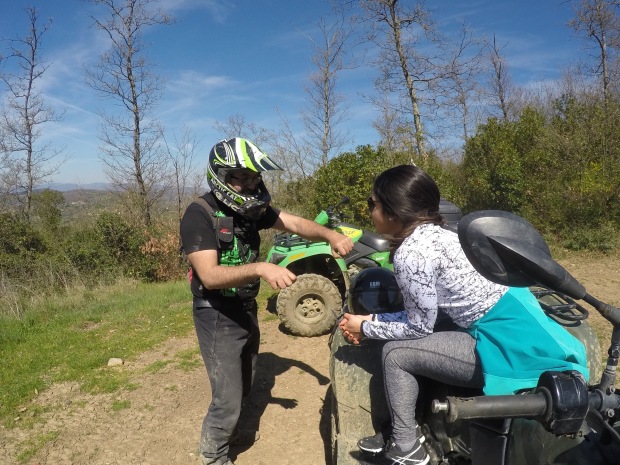 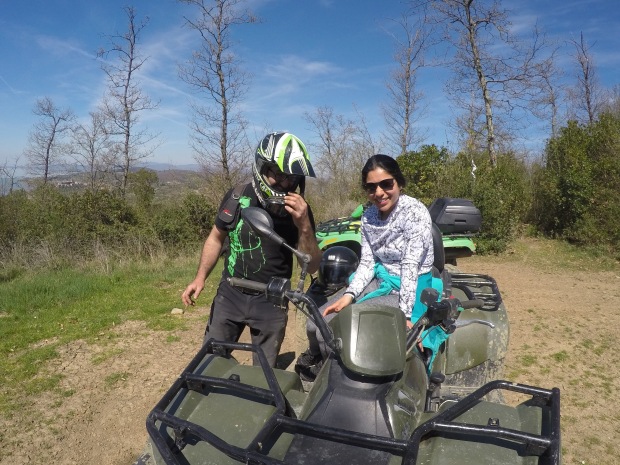 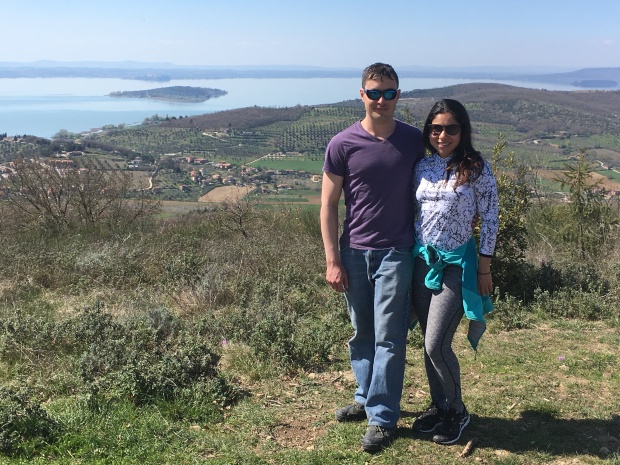 Wow, what a different way to see Umbria. Whether you’re an experienced driver or a total newbie like me, Luca was extremely patient and very knowledgeable. We spent nearly three hours driving up and down steep terrain and enjoying the wonderful nature and vast views. If you’re looking for a little adventure, I highly recommend taking this excursion.


The following day, we headed to Assisi, a small village widely-known as a religious pilgrimage site and as the birthplace of St. Francis. We took a short train ride and hopped on a bus which dropped us off high above the town near Roca Maggiore, an impressive, former military fortress. 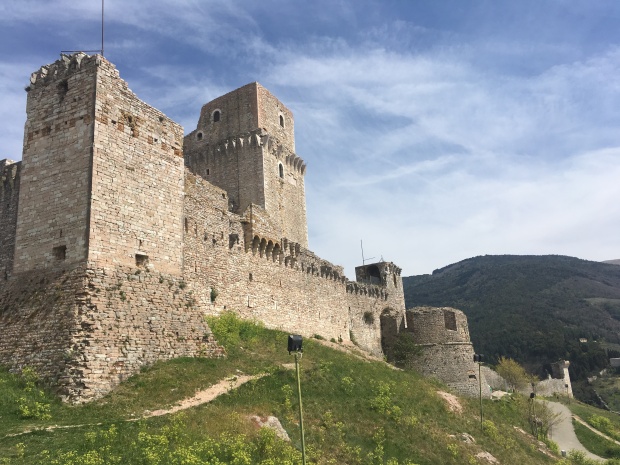 The walk up is arduous, but beautiful. You can pay about 6 Euros to get in, but we decided to skip it and get some lunch instead. After an amazing meal of fresh pasta, grilled meats and spectacular wine, we continued to explore this small village with its houses made of stone and brick. If you come around the lunch hour, you may find certain parts of the city, especially those far away from the famed Basilica San Francesco, pretty empty making it easy to appreciate the quiet splendor of this town. 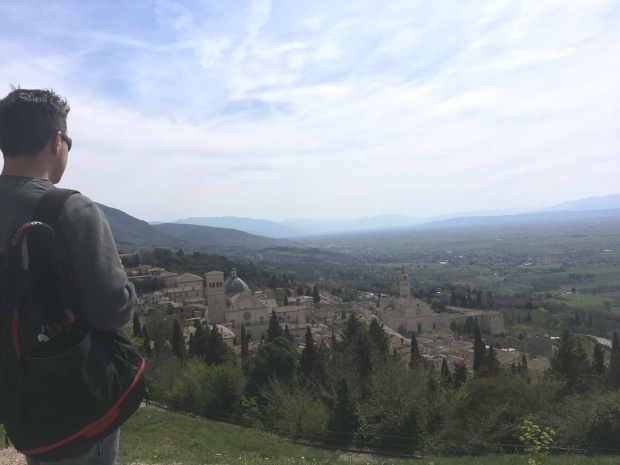 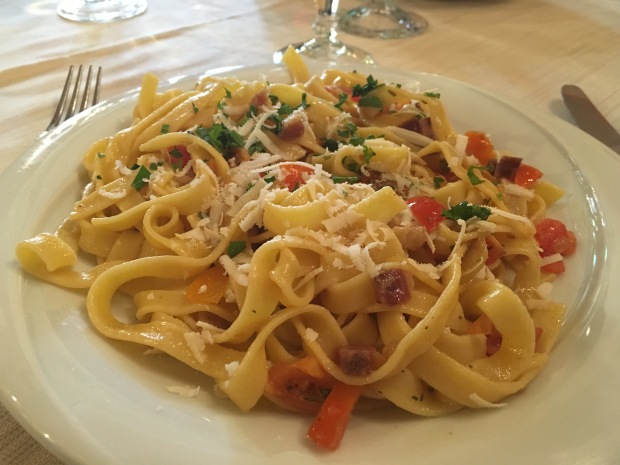 We made our way downhill, through the throngs of tourists and kitschy souvenir shops, to the basilica. Once there, we explored the church’s expansive location made up of two churches, an upper and lower church, and the crypt of St. Francis. Now by this time, I’ve seen quite a few Italian churches, but the paintings that adorn the walls and ceiling of this basilica are quite special. 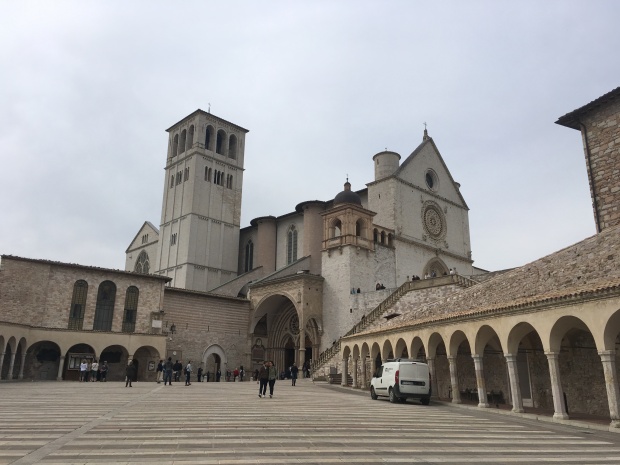 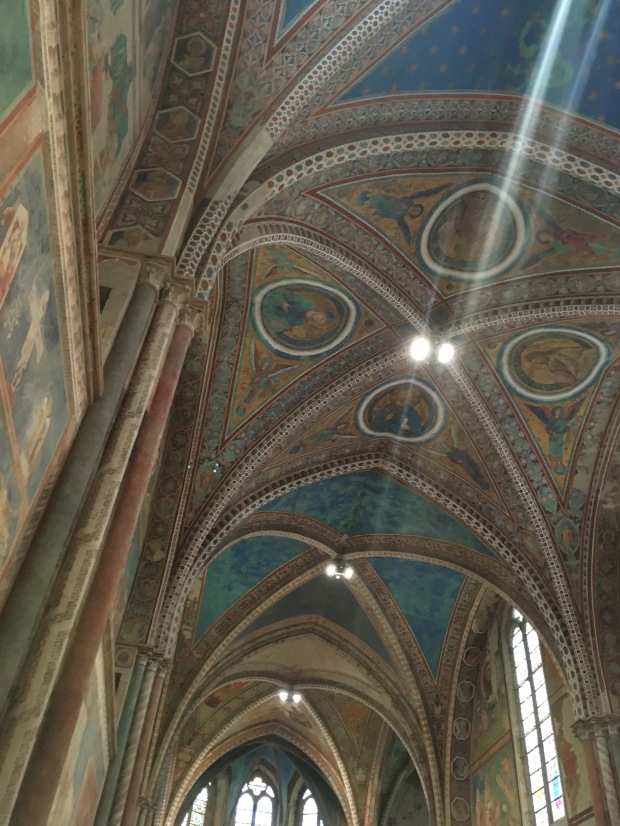 After a short trip in Assisi, we returned back to Perugia where I spent a few hours exploring some of the city sights solo before packing our bags and heading back to Ancona the next day.

Is Perugia dangerous for a solo female traveler? I can’t know for sure. There are certainly lots of young men, who are a bit creepy, wandering around the city at all times. And while, I felt safer with a companion, there’s nothing stopping savvy, intelligent women from exploring and enjoying all that the city has to offer.

There’s so much more to explore in Umbria. If you find yourself in this region, also take advantage of visiting towns such as Gubbio and Orvieto, two gems that show a whole other side to Italy.

Ciao Perugia. Until next time.

Check out what I’ve written lately